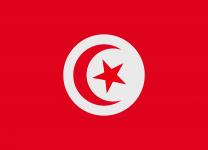 Tunisia had ratified almost all international conventions on women's rights. The equality provisions as well as the other rights and freedoms outlined in the Constitution will need to be entrenched in organic and ordinary laws that implement the constitutional framework.

The Tunisian authorities should next also ensure that all domestic laws conform to international standards and eliminate other forms of discrimination against women. A multisectoral Committee was set up for this purpose in order to review and revise all discriminatory legislation.

The Committee submitted its report in February 2016.

The European Union has published “Tunisia’s Gender profile”. Started in January and finalised in July 2014, the profile presents data updated to June 2014.

The document, has been prepared in the framework of the cooperation between the EU and the Tunisian government, and aims to identify and analyze gender issues, in view of promoting a new gender equality programme.

It presents an exhaustive analysis of the socio-economic and political situation of women and men in Tunisia, as well as a diagnosis of the legal and judicial framework on equality, the institutional mechanisms, the main public policies and the interventions of the international community in support of gender equality in Tunisia.

The integration of Tunisian women in governance policies and development processes has been analyzed, highlighting the obstacles that prevent women from exercising their rights.

The financing agreement of this programme was signed in April 2015.it aims to contribute to the achieving gender equality in Tunisia by reducing inequalities at national, regional and local levels . The specific objectives of this program are to:

Promotion of professional women-men equality in Tunisia, funded by the European Union

This project, launched in March 2015, is implemented by the Foundation “act against exclusion “(FACE) in collaboration with the Association of Training Managers and Human Management in Enterprises "ARFORGHE".It aims to reduce gender discrimination in the workplace. It involves tunisian associations of women's rights promotion, enterprises and public authorities. It essentially aims to raise 100 Tunisian companies on gender equality and to support more than 150 young Tunisian women in their search for employment and to promote their employability.

Created at the initiative of the research center of Documentation and Information on Women (CREDIF) and the  International Development Center for the Innovative Local Governance, the committee aims to generate positive momentum to equality between men and women acting as an advocacy tool to infuse political, legal and social change .

The objective is to promote the equality of women and men in the management of local affairs to strengthen the foundations of democracy, efficiency and quality of local government policies and programs and generate a balanced and sustainable development.
This is also to ensure the participation of women on an equal footing with men, at all levels and areas of decision relating to local authorities from the development of policies and programs to implementation and evaluation.

It is intended, also, to mainstream gender into policies, programs, plans, local plans and budgets to meet the needs and aspirations of both women and men, to contribute to the reduction of social inequalities based on gender and provide organizations with a space of exchange and debate to support advocacy actions in favor of gender equality

the National Council of Peers for Equality and Equal Opportunities between Women and Men ", designated by" The peer counseling for equality"  created in the presidency of the government (by government decree),  responsible for the integration of gender approach in planning, programming and budgeting , To eliminate all forms of discrimination between women and men and to implement equal rights and duties. (Approval of the decree by the Council of Ministers meeting March 23, 2016).

We began a process of gender sensitive budgeting. It should be noted here that the overhaul of the organic budget law has to devote an article (Article 17) stipulates in its last paragraph that program managers of Budget Management by Objectives must mainstream gender in the development of their goals and indicators. Once adopted by the Assembly of People's Representatives, the law would be the legal basis for an effective integration of gender sensitive budgeting.

Develop the employability of women in rural areas

The signature of a framework agreement (4 March 2016) between the Ministry of Women, Family and Children and the Ministry of Agriculture, Water Resources and Fisheries to develop the employability of women in rural areas  in order to achieve their economic and social empowerment and facilitate their participation in public life.

As part of its efforts to promote gender equality , inclusion and promoting Women's Entrepreneurship to help women create, manage and grow their own small and medium enterprises (SMEs),the Ministry of Women, Family and Children launched  an action plan for Women's entrepreneurship (2016-2020) .it consists in creating an enabling environment for women  to set up Small and medium-sized enterprises(or small and medium-sized businesses (SMBs)   for graduate women from universities and institutes of higher education and Very small businesses to non graduate women. the development plan (2016-2020) aims to  increase the participation of women to the labor market from 28.5% in 2014 to 35% in 2020.

The project is intended to create between 3,000 and 4,500 new jobs by 2020 with an appropriate support of women entrepreneurs over the next 5 years.

The Tunisian, by nature, peaceful, tolerant and moderate, has been surprised at the rise of terrorism in his country. Studies have shown that our children and women were the ideal prey for brainwashing. The causes of vulnerability are mainly poverty, idleness, isolation, the feeling of being on the margin of life with no hope for a better life.

The program that the ministry of women, family and childhood  is working on to sensitize and protect children and families against terrorism is based on a humanitarian approach to reinforce the self esteem,  the self confidence and restore hope by means of coaching, activities, culture and assistance.

We worked on three concepts:

The Ministry of Women , Family and Childhood  encourages women with a minimum of knowledge in agriculture, handicrafts or other skills to create their own small business in  granting them a training, assistance and a credit line up to 5000dt payable over 3 years without interests and with one year grace. The ministry will ensure the sale of production to ensure sustainability. 100 small projects in each of the 24 Tunisian governorates are planned.

The Ministry of Women,Family and Childhood is promoting a multi-sectoral  and holistic approach to combat  (GBV )Gender-based Violence , supporting women victims of violence , and  leads the coordination of efforts to fight against it.

the results of a national survey conducted on violence against women by the Tunisian National Office of Family and Population (ONFP), in cooperation with the Spanish Agency for International Development Cooperation (AECID) in 2010  showed that 47.6% of women aged 18-64 years reported having experienced at least one form of violence during their life times .

The National Strategy to Combat Gender-based Violence was set up in 2008. Its main purpose is to contribute to the prevention and the fight against all forms of discrimination and violence against women at all stages of their lives.
the strategy focuses on:

For this purpose a National Network Focal Points to fight against all forms of discrimination and violence against from different public structures and organizations of civil society, was established. A national steering committee was set up, composed of representatives of associations and of institutions and of experts. all other concerned Ministries are responsible, through their respective focal points, to contribute to GBV prevention and response.

The main achievements consist in:

Ministry of Women, Family and Childhood

Center for research, Studies, Documentation and Information on Women

Ministry of Women Family and Childhood