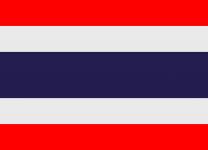 Being the first female Prime Minister of Thailand, Ms. Yingluck Shinawatra attaches great importance to gender equality and women's empowerment. The Prime Minister herself chairs the National Commission on the Policy and Strategy for the Improvement of Status of Women, which is the cennteral mechanism tasked with sterring the country's policy on women.

The protection of women's economic, social and cultural rights is a focus of the Women's Development Plan under the 11th National Economic and Social Development Plan (2012-2016), which prioritized people-centered development as well as people's participation and empowerment to achieve an all-inclusive and equitable social and economic development.

The present Thai Constitution promotes equality of all persons and clearly prohibits discrimination on every ground, including gender.

Increasing women's participation in entrepreneurship and the economic sphere

The Thai Government has established the first National Women's Development Fund, aiming at supporting and promoting women's role in developing the country. It will be a financial resource for investment to improve women's potential and career opportunities. It will also help women organizations and networks assist those living in vulnerable situations such as victims of violence and human trafficking, and those discriminated against because of their gender. Each province in Thailand was granted 100 million baht to carry out operation under these objectives.

Realizing that education is a key driving force for human resources development, the Thai Government has pledged to ensure universal access to education for all, including non-Thai citizens regardless of their status and documentation. In addition, life-long learning is also a priority of the Government, with the enactment of the 2008 National Informal and Non-Formal Education Act to ensure equal access to and quality of education throughout a person's lifetime.

Currently over 1,880 ICT community learning centers have been established nationwide, with the condition that a gender-perspective must be incoporated in a community's proposal by focusing on participation of women in the operation and utilization of the center. Thailand also plays a key role in the implementation of the project "Empowering Home Workers in ASEAN Countries through the Usage of ICT," which aims to empower both urban and rural women home workers through the use of ICT.

In terms of women's participation in business & innovation, Thailand is among the countries that encourage women to hold executive positions, while the proportion of women CEOs is at 30%. Women have also played a major role in Small and Medium Enterprises (SME's). Also, the Women Enterprise Incubation Center was established to provide advice for women entrepreneurs, as well as to organize activities to develop business knowledge for women on career building, access to information and rights, especially for intellectual property rights.

Futhermore, Thailand is a lead country in skills development and training under the ASEAN Network for Women in Skill Training, focusing on strengthening ASEAN mechanisms for the advancement of women.

Implementation of women's right to health

Thailand has implemented a broad and rights-based health policy. The Government has improved the Universal Healthcare Coverage Scheme by increasing the budget to allow for a higher cost per person. Thai nationals under the scheume are entitled to free medical treatment for most diseases. Health centers at the sub-district level have been upgraded to Health Promotion Hospitals across the country to enable those in rural areas to access higher quality healthcare and services.

The Government has also provided training to almost on million Village Health Volunteers so that they can provide on-site primary healthcare and help disseminate health-related information to people in the community. Health services by these volunteers include, counseling for pregnant women, visits and counseling for women after delivery and dessimination of information on breat cancer check-ups.

Importance is being placed on the problem of premature teen pregnancy. The National Policy and Strategy on Development of Sexual Reproductive Health has been developed to address the problem through a multidisciplinary approach and by promoting sexual reproductive health education for children and youth as an effective preventative measure. This is in place to promote and protect reproductive rights of all women. It also ensures the right to educate pregnant teenagers by enabling them to continue their studies in schools.

Promote equality at work between women and men

The Labour Protection Act B.E. 2541 (1998) prohibits employers from terminating employment of female workers on the grounds of pregnancy. It also stipulates that employers must treat male and female employees on an equal basis with regard to employment and wages or other renumerations. Female workers are also protected from performing certain types of work that may be dangerous to their health. Also, they are prohibited from working in certain conditions regarded as inappropriate, such as in mining or construction work to be performed underground, underwater, in a cave, production or transportation of explosives or flammable materials.

Section 83 (8) of the Civil Service Act of 2008 provides that a civil servant shall not commit any act of sexual harassment or abuse. The Office of the Civil Service Commission also issued a Regulation on Sexual Abuse and Sexual Harassment in 2010, specifying the types of behavior that constitute sexual abuse or harassment, in order to ensure that civil servants receive the legal protection and are treated in an appropriate manner by their co-workers.

Although various efforts have been made in the field of women's economic, social and cultural rights, challenges still remain. One of the main challenges is gender bias and a patriarchal structure, which are the root causes of gender inequality in the Thai society.

The current National Women's Development Plan aims to address these root causes. However, more efforts need to be exerted especially on ensuring an equal sharing of responsibilities between women and men in the household. Women's "double-burden" of having disproportionate responsibilities both within and outside the home is an important hindrance which prohibits them from enjoying their full potential in the public sphere. Greater economic development alone is inadequate to empower women. Instead, eliminating gender stereotypes and changing traditional attitudes are essential for socieities to recognize contributions which women can and do make for the advancement of the country.