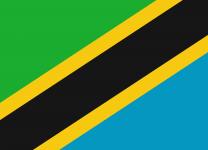 There have been deliberate and affirmative actions by the Government and stakeholders to promote women's economic participation in various levels though, their effect has been limited by entrenched social ideologies and customs.

The Government has made various efforts including establishment of Women Development Fund focused to help women to access soft loans for starting their own economic ventures. The essence of establishing this fund was generally to spearhead the war against poverty in the country.

In particularly, the Government facilitated establishment of credit and savings institutions for the poor women who were previously neglected by commercial banks to obtain financial services through cooperatives and development finance institutions.

One of the top priorities of the Fifth Phase Government is that of economic empowerment of women. With this regard, the Ministry has maintained the role of coordinating activities of the Tanzania Women Bank (TWB) and Women Development Fund (WDF). In the year 2015/16, TWB has conducted extensive training on entrepreneurship and loan management to 12,874 people including 9,693 women (1,485 rural women) and 3,181 men. Until March 2016, a total of Tshs. 20.1bln has been given as loan with women securing Tshs. 12.9 bln.

Loans given by Tanzania Women Bank and Women Development Fund has empowered women entrepreneurs to engage themselves in various business endeavours, agriculture and animal keeping of which they have managed to boost household income. In future, Tanzania Women Bank expect to open special windows for women which  will facilitate their easy  access to soft loans and hence  reach more women.

The recent presidential election in Tanzania resulted in a victory for the Fifth President of the United Republic of Tanzania His Excellency , Dr. John Pombe Joseph Magufuli, and his running-mate, Honorable Vice President Samia Suluhu Hassan, being the first ever female vice president. The Government’s priority among others, is to ensure rights of the special groups are protected including equal rights of women.

Hon. Samia Suluhu Hassani has recently appointed by General Secretary of the United Nation Hon. Ban Kin Moon to be a member of the UN Panel for women economic empowerment. This appointment has come while research findings in the country are suggesting that only 51.2 % of women are using formal financial services as compared to their counterparts who have reached 63 %. Moreover, the findings have revealed that fewer women 53.2 % are using mobile phones as compared to men 70.5 %. The Government will propell its national campaign to sensitize women to open bank accounts and start using mobile banking. We are optimistic that, through the campaign, women will find rationale to start using mobile banking and access services from VICOBA and SACCOS.

Head of the Information, Education and Communications Unit at the Ministry of Community Development Gender and Children