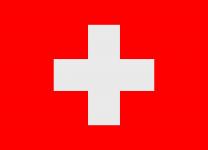 1)     According to estimates from 2014 the pay gap between men and women in the private sector has decreased since 2012 (18.9%), but still amounts to 15.1. It has been, since the establishment of the Federal Office for Gender Equality in 1988, a priority of this office to work towards a reduction of the pay gap and some tangible success has been achieved. Nevertheless, measures to fight the persisting pay discrimination between men and women will be further strengthened and additional measures that the authorities could put in place to eliminate the pay gap between men and women have been identified. Monitoring efforts in the public procurement system in relation to pay discrimination will be intensified. LOGIB is a tool that allows companies to (self-)evaluate the wage equality between men and women they employ. Awareness raising and dissemination of the software LOGIB will be strengthened. LOGIB is available in four languages: English, German, French and Italian.

2)     The Swiss Federal Administration has set objectives towards the achievement of gender equality among staff. Specific target ranges are set for each legislature period. The values of the legislature period 2016-2019 have been adjusted upwards from the previous one. The Swiss Federal Department of Foreign Affairs has set specific targets, to be reached by 2020. For middle management positions there should be 50% of women employed and for high management positions the women should be at least 30%. Progress towards the objectives of the Swiss Federal Administration in general and those of the Swiss Federal Department of Foreign Affairs more specifically will be achieved through constant detailed monitoring of the situation, by mandating research that will generate recommendations allowing for the adoption of further reasonable measures and by offering information, awareness-raising and training opportunities. In addition, effective 1 January 2014, the Swiss Federal Administration set for the Boards of Directors of all government-owned companies a gender quota of 30% to be reached by 2020.

3)     Additional efforts for a better reconciliation of professional and family life will be undertaken in Switzerland. Within the Federal Administration, measures to promote the acceptance of flexible working models were recently adopted. As of 1 July 2013 all employees of the Federal Administration are allowed to reduce his or her working time by 20% (down to a minimum employment rate of 60%) after the birth or adoption of a child. In addition, the Federal Office of Personnel (FOPER) issued a recommendation according to which a father should have the possibility to take up to 24 months of unpaid leave immediately following his child’s birth. If the leave of absence lasts longer than two months, the 24 months can be split into two periods. The impact of these measures will be regularly monitored. Information as well as awareness-raising activities will be organized to increase the use which is made of them.

4)     Forced marriage and domestic violence are a problem in Switzerland. Some women are forced to marry someone they do not want to marry, others are not allowed to marry whom they would like to marry and others are not allowed to divorce. To fight these phenomena, new legislation concerning measures against forced marriage entered into force in Switzerland in July 2013. Considering the complexity and sensitivity of the topic, the Federal Council launched in parallel a five-year program (2013-2017) regarding prevention, awareness-raising and counseling for those concerned.

The cooperation between all regions of Switzerland will be strengthened through the establishment of functional networks, which will allow a regular exchange between all categories of professionals and counseling services in the field domestic violence and integration. Where networks already exist, their cooperation will be consolidated, where they do not yet exist, they will be created. At the same time, the government will support the production of materials and tools in the fields of prevention and information, counseling and training.

5)     Switzerland was among the first countries to adopt a National Action Plan (NAP) for the implementation of UN Security Council Resolution 1325 (2000). The measures contained in it are being regularly updated. They aim at women’s political empowerment, in particular in terms of participation in peace processes, but also the general integration of a gender perspective in shaping peace and security policy. Accountability is ensured through regular monitoring of progress in implementation and thanks to exchanges with civil society.

6)     Gender inequalities are a major obstacle to sustainable development and poverty eradication because they reduce the chances of women to meaningfully contribute to and participate actively in social, cultural, political and economic life. This is why Switzerland will continue to actively promote the inclusion of gender equality as a stand-alone goal and as a transversal theme across the agenda, in the implementation of the Agenda 2030 for sustainable development.

By 2030, Switzerland wishes that men and women enjoy the same financial independence and have equal rights to participate in political and economic life. In that regard, Switzerland elaborated a Sustainable Development Strategy 2016-2019, which includes goals to respect and foster gender equality in both professional and private life, and to assure women of full and effective participation in decision-making at all economic, political and public levels. Switzerland’s International Cooperation Strategy 2017-2020 provides for the first time a specific objective to gender equality, setting strengthening gender equality and the rights of women and girls as a priority. 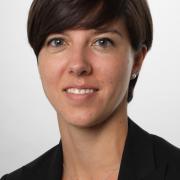 Fight the Persisting Income Discrimination between Men and Women

Objectives towards the Achievement of Gender Equality between Staff

Efforts for a Better Reconciliationof Professional and Family Life

Forced marriage is a problem in Switzerland