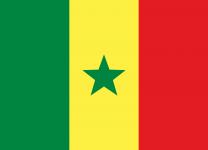 Below, you will find Senegal's original Equal Futures Partnership commitments. Updated commitments are being developed.

In the context of the implementation of the commitments taken by Senegal at the launch in New York, on the sidelines of the National Assembly of the United nations, in September 2012, of the presidential "Equal Futures Partnership project”, various activities have been carried out.

Continue the operationalization of the law on parity ahead of the local elections of 2014, while ensuring, for a better political participation, building capacity of invested women and the new parliamentarians

The Government of Senegal through the Ministry of women, children and the female entrepreneurship held a session of strengthening the capacity of 30 women parliamentarians in technical communication to their leadership allow, to put their full potential at the service of the Nation.

About advocacy for the establishment of an environment and support for the promotion of attitudes and behavior conducive to equity and gender equality, the Ministry of women organized a workshop of awareness advocacy in favor of 30 men and women parliamentarians for a mobilization of financial resources for the reproductive health with the support of UNFPA in partnership with the Senegalese Association for family well-being, the family planning incorporating the kind.

Other partners of the Ministry of women, civil society organizations have developed initiatives in this sense.

It counts among the actors of the society civil partner of the Ministry.

The overall objective was to strengthen the capacity of parliamentarians, including women in general around the Organization, operation and procedures of the parliamentary institution and the budget process.

The specific objectives were to:

The following results are obtained:

This group of 60 women benefited from three seminars on the following topics:

At the end of the elections, women members have been trained on the objectives of Millennium Development and the national strategy for economic and social development.

Sixty (60) women elected local, especially rural regions in the Interior of the country were also trained on women and electoral process.

In the context of its actions for the promotion of equality in the political leadership and decision-making bodies, AMLD develops a joint program with International IDEA for the training and information of political parties.

This program allowed him to strengthen the capacities of political parties for the observation of the elections with a gender perspective. In this context, a staff of 120 members of political parties, members of the National Electoral Commission and the Department of Elections in Senegal have benefited from training on (i) thematic framework of Elections, (ii) law on parity in Senegal, (iii) kind in the electoral process.

Similarly, 400 candidates’ women and youth have been trained for the election campaign of the legislative 2012 with skills for effective leadership and 50 observers were sent to the ground in the regions of Dakar, Ziguinchor, Kolda and Sédhiou. The action of the AMLD has contributed to a critical mass of women in the observation of the polling stations where representatives of political parties were of the order of 281 men and 131 women.

The equitable access of women and men to economic opportunities by establishing, with the assistance of USAID, a program to support women's leadership aimed to promote the participation of women at the community level and to eliminate barriers that impede them.

Leadership and journalism: Implementation of the Citizen of Rural Woman Programme

The goal of the program is to strengthen the presence and voice of women in the media to develop their leadership at the local level.

Objectives of the programme

The program covers an area that spans:

Accordingly, the Ministry of women has prepared a draft 'Gender and Political Participation' to better support the participation and the presence of women in local authorities (local elections of 2014). This calls a mobilization of substantial financial resources to support such an initiative (about 130,000,000 F CFA). Quality human resources are available to carry out such initiatives.

The organizations of civil society and the technical partners and Financiers, including the USAID has just completed the first phase of the project "Female Leadership" to consolidate and strengthen the participation of women in the elections of 2014.