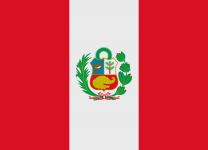 The Republic of Peru, as one of the twelve founding members of the Equal Futures Partnership, is wholly committed to the Partnership’s central objectives. Through the Ministry of Women and Vulnerable Populations and the Ministry of Development and Social Inclusion, the governing bodies overseeing these matters, Peru has instituted significant public policies, programs, strategies and actions to expand the economic empower of and political participation by women at the local, state and national level.

Ministry of Women and Vulnerable Populations

The Ministry of Women and Vulnerable Populations (MIMP) is the governing body established to design, provide, promote, implement and monitor national and sectoral public policies in defense of women, girls, children, adolescents, older persons, persons with disabilities, internally displaced persons and migrants, to guarantee the exercise of their rights and a life free of violence, discrimination and lack of protection, within the framework   of a culture of peace.

MIMP has been instrumental in the defense of women’s rights with a special emphasis on strengthening of citizenship and autonomy of women without discrimination.

Ministry of Development and Social Inclusion

The Ministry of Development and Social Inclusion ( MIDIS ), in order to achieve inclusion and closing gaps faced by the population in the process of inclusion, executes its strategy 'Include for Growth', which focuses on five strategic areas: child nutrition, early childhood development, comprehensive development of children and adolescents, economic inclusion and protection for the elderly.

MIDIS reaffirms its commitment to the economic empowerment of women through financial inclusion of recipients of social programs, many of them are women, to develop abilities to understand how to access and use financial instruments, and how to make informed financial decisions.

Strengthening of the civic and political participation of women benefits the education in democracy and citizenship participation with gender equality, as well as, the dissemination of rights, especially those that promote gender equality and access to decision-making positions.

Within this framework, between 2014 and 2015, MIMP created two educational programs with the objective of empowering women with the basic concepts of the electoral system, the implementation of gender quotas, policy communication tools, and public policy matters on gender equality:

MIMP is committed to improving the balance between family responsibilities and workforce participation among men and women, and to the prevention of gender discrimination related to the exercise of these responsabilities. Within this framework, progressive policies and institutional changes have been made as follows:

MIMP believes that in order to promote gender equality, the eradication of gender violence must be incorporated as a central objective of public and private agenda; and treated as a human rights issue and an obstacle to development. Likewise, MIMP seeks to advance the economic empowerment of women.

Ministerial Resolution 184-2011-MIMDES, adopted in 2011, institutionalizes, with the "Safe Enterprise Seal, free of violence and discrimination against women", the recognition of companies that have developed good practices to eradicate violence against women and promote gender equality in their institutions and workplace policies. This initiative promotes the acceptance of good practices that advance non-violence against women and equality between women and men within the company and in the community. To date 7 companies have earned this seal and 16 have received honorable mentions.

A total of 1.3 million women and men recipients of cash transfer social programs, JUNTOS and PENSION 65, have an established savings account. A total of 1.1 million are women, 560,000 of whom have a debit card.

Since 2010, 322, 862 women have been aware and trained on financial education concepts since 2010, through MIDIS trial experiments and research initiatives with private-public entities and consequently, escalating the good practices through  financial inclusion plans implemented by MIDIS social programs.

As part of the Future Equal Partnership initiative, Peru has identified the following addressable challenges:

Both Ministries will continue the commitment to promote and guarantee political and economic rights of women in conditions of equality and equal opportunities with men. They will continue to develop mechanisms that serve to the inclusion and empowerment of both women and men, ensuring them a better quality of life.