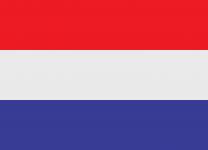 Below, you will find the Netherlands' original Equal Futures Partnership commitments. Updated commitments are being developed.

The Netherlands, as one of the founding members of Equal Futures Partnership, focusses domestically on the increase of the participation of women in the political and private sector and to counter (domestic) violence against women.

Domestically, participation of women, in particular in the political arena and in the private sector, is open for improvement. Percentage of women in parliament is 42% and in the Cabinet is 30%. We aim to increase the percentage of women on boards of directors in the private sector, from 9 per cent to 30 per cent in the near future. To help achieve this and augment self-regulation, the government is promoting the ‘Talent to the Top’ initiative, through which private and public organisations have to commit to concrete objectives.

Furthermore, to enhance the safety of girls and women, we developed a nationwide approach to ‘domestic violence’. The Netherlands has been implementing a country-wide policy on combating domestic violence. To date a coordinated approach to combat domestic violence is in place at national level. Municipalities play an important role in the execution of this policy. The Netherlands’ approach is based on three elements: A targeted approach to offenders; Strengthening the position of actual and potential victims (through prevention, identification, and the provision of shelter and aftercare); Breaking the generational cycle of domestic violence. The Minister of Education, Culture and Science and the municipalities work with social media to encourage young voluntary ‘changemakers’ to sign up and support the We Can Young campaign (We Can End All Violence Against Women). The We Can Young campaign will run from 2012 to 2014 and aims to make young people resistant to and take a stand against sexual and other violence, and to deal with conflict and relationships.