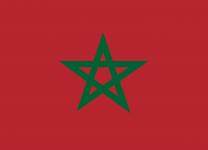 In the past decade, Morocco has intensified its political, economic, social, and human rights reforms, helping to further the values ​​of democracy and human rights as well as a foundation for fair and sustainable human development that reduces gender disparities.  These reforms were strengthened in the 2011 constitution, with a view toward enhancing women's rights.

The Government Plan for Equality “IKRAM” (2013) was developed with key stakeholders and is focused on the following objectives:

In addition, the government has sought to protect women from violence through:

Video of the speech given by the Moroccan Minister of Solidarity, Women, Family and Social Development, Bassima Hakkaoui, on the occasion of the 60th session of the Commission on the Status of Women held in New York.