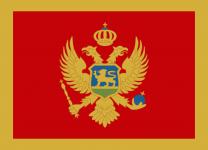 The Government of Montenegro, in its past activities, worked intensively on affirmation of national gender policies and empowering women in multilateral aspects and plans to dedicate to this goal and act in this direction in the future. With this goal we join the global initiative, Equal Futures Partnership.

Montenegro’s priorities are to ensure women’s human rights promotion through their greater political inclusion in the political and public life, decreasing poverty and greater economic emancipation of women, as well as the elimination of all folds of discrimination and suppression and protection of violence against women and family violence, We consider that joining the mentioned initiative would further fuel our activities from these priorities and contribute to their comprehensive implementation.

MINISTRY OF HUMAN AND MINORITY RIGHTS

The Ministry of Human and Minority Rights of the Government of Montenegro is the competent authority dealing with gender equality policies. The competencies of the Ministry include: protection of basic human rights and freedoms and protection from discrimination; integration, protection and promotion of rights of members of minority nations and communities and their national, ethnic, cultural, linguistic and religious identity; relations between state and religious communities in Montenegro.

The Department for Gender Equality Affairs is one of the institutional mechanisms for gender equality and it is an integral part of the Ministry of Human and Minority Rights.

Additional institutional mechanisms, that act with the aim to achieve gender equality and eliminate discrimination based on sex, are the Protector of Human Rights and Freedoms, which is a central institutional mechanism for the protection from discrimination (available in English) and the Committee for Gender Equality of the Parliament of Montenegro (available in English).

The issue of gender equality is also addressed by coordinators for gender equality, which are appointed in state institutions (so far 105 of them have been appointed) and at the local level (so far 20 of them have been appointed in 20 municipalities - out of 23 municipalities). They form a network with the aim to establish effective cooperation between the local self-government regarding the implementation of measures and strengthening of mechanisms for achieving equal opportunities at the local level.

THE DEPARTMENT FOR GENDER EQUALITY AFFAIRS

The three priority areas of action of the Department, relating to gender equality, in line with Government policy and EU standards and commitments, are the following:

The Department in its work actively cooperates with international organizations and non-governmental sector. Some of the activities are carried out in partnership with the European Commission, the OSCE Mission to Montenegro and the UNDP Office in Montenegro.

The first Law on Gender Equality in Montenegro was adopted in July 2007.

The Law on Amendments to the Law on Gender Equality was adopted in June 2015, in line with international documents of the UN, the EU and the Council of Europe.

The law has introduced penal provisions, with a very clear obligation for legal entities and entrepreneurs to respect anti-discrimination norms as well as the measures aiming at closing the gender gap. The Law expanded the scope of the sanctions concerning discrimination based on sex, and violations of the principle of equal treatment of men and women in certain areas of life, including discrimination against pregnant women. The Law, as well, introduces several new misdemeanours.

This Law, among other things, defined that gender equality, in addition to men and women, relates also to persons of a different gender identity. The Law also prescribes that the issues of direct and indirect discrimination based on sex are going to be addressed by the Protector of Human Rights and Freedoms.

Action Plan To Achieve Gender Equality in Montenegro - PAPRR. This document was drafted in the context of the accession of Montenegro to the EU, based on the recommendations of the Committee on the Elimination of Discrimination against Women (CEDAW) and national priorities in the area of gender equality. Action Plans are updated every 4 years, starting from 2008 (current one covers the period from 2013 to 2017). Out of 12 critical areas covered in Beijing Declaration, Montenegro has opted for nine, in which it intends to act in the next period of time: 1. improvement of human rights of women and gender equality, 2. gender-sensitive education, 3. gender equality in the economy, 4. gender-sensitive health care, 5. gender-based violence, 6. media and culture, 7. equality in decision-making in political and public life, 8. international policy and cooperation and 9. institutional mechanisms for the implementation of gender equality policies.

By joining this initiative Montenegro will continue to advance gender equality policy and implement legislative framework with full respect of international principles and obligations.​ ​

​Montenegro will work further on advancement of legislative framework for human rights protection, equal opportunities, and fight against discrimination.

Independent Advisor III, Department for Gender Equality of the Ministry for Human and Minority Rights

Link to other publications (available only in Montenegrin)

The Ministry has contributed to the campaign for Montenegro's membership in NATO by organizing discussions on:

- National Plan for the implementation of UN Resolution 1325 on "Women, Peace and Security",

- Promotion and respect for human rights, freedoms and stability that membership guarantees to the country.

(available only in Montenegrin).