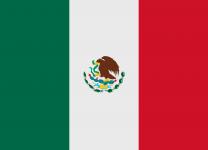 The Mexican Ministry of Foreign Affairs is the country’s Equal Futures focal point institution. The focus of the government commitments and policy advice is on women’s economic empowerment.

In 2012, Mexico and United States signed a memorandum on the promotion of gender equality and women’s economic empowerment and human rights. A year later, Mexico formally became part of the Equal Futures Partnership initiative.

Through the exchange of best practices between Mexico and United States, the Ministry of Foreign Affairs identified projects and programs to promote women’s economic empowerment, among gender-based violence survivors.

Our priorities and commitments remain as follows:

Main Activities of the Mexico-U.S. Entrepreneurship and Innovation Council (MUSEIC).

This is an online tool that promotes training and linking entrepreneurs. It identifies more than 90 support agencies (including chambers of commerce, investment funds, research centers, banks, consultants and associations) that provide useful to entrepreneurs in Mexico and the United States information.

MUJERES PYME offers access to financing with low rate by a guarantee fund backed by the government of the Mexico, as well as international certifications granted by We Connect.