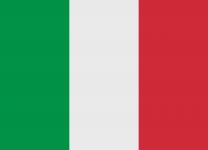 Italy has strengthened its legislative framework to promote and protect human rights by increasing ratification of international and supra-national standards. Over the past year, political action coupled with effective implementation measures has led to several achievements, including the translation of the anti-trafficking EU Directive, the adoption of the biannual National Action Plan on the implementation of UN Security Council Resolution 1325, which increased levels of women’s participation and economic empowerment at the national level, and increased attention to promoting gender equality in Italy’s development cooperation.

In addition to new commitments, Italy has focused on fighting trafficking in persons by adopting its National Action Plan against Trafficking in and Serious Exploitation of Human Beings. The Plan is aimed at identifying multiannual intervention strategies for the prevention and fight against these phenomena, as well as measures aimed at increasing public awareness, social prevention, emergence and social integration of victims. In line with the Plan, in June 2016, the Italian Government published a public Call for proposals to fund assistance projects for victims of trafficking in human beings for a total amount of 13 million euros. Moreover, on 2 August 2016, a political and inter-institutional Control Centre, which is chaired by the Minister for Equal Opportunities, was established. The Center is composed by the political and technical representatives of the Ministry of the Interior, Ministry of Justice, Ministry of Education, University and Research, Ministry of Foreign Affairs and International Cooperation, Ministry of Health, Ministry of Agricultural, Food and Forestry Policies, Ministry of Defense, Ministry of Economy and Finance, Ministry of Labour and Social Policies, as well as by the representatives of the National Anti-Mafia Directorate, Carabinieri Corps, State Police, Financial Police, Regions and local Authorities.

Furthermore, Italy has introduced measures to prevent female genital mutilation (FGM) and coordinate activities carried out by relevant ministries in the prevention, response, and eradication of FGM, including victim assistance. Italy has strengthened the collection of data and information at national and international levels, particularly on implemented actions and planned strategies to combat FGM. With reference to traditional harmful practices, Italy has also decided to pay more attention to understanding the phenomenon of early and forced marriages. In particular, Italy carried out a quantitative and qualitative assessment of forced marriages through the drafting of a national survey report on forced marriages in Italy. The survey was aimed at providing estimates on this phenomenon in order to prevent and eradicate it.

For future action, Italy has identified other priorities:

Eliminating gender-based violence through the implementation of the recently adopted Extraordinary Action Plan against Sexual and Gender-Based Violence, which envisages the establishment of a specific National Database aimed at appropriately measuring violence against women and collecting all the existing and new data coming from all involved public Administrations on, inter alia, the relationship between victims and perpetrators, thus enhancing the cooperation between central and local administrations, harmonizing the collection methods and avoiding fragmentation of data. The Extraordinary Plan provides for the allocation of about 76 million Euros for the period 2014-2016 for the financing of regional and national actions to combat sexual and gender-based violence. Within this framework, on the International Women’s Day this year, a 12-million-euro Public Call for Proposals for the financing of projects for the strengthening of shelters and assistance services to women victims of violence and their children, as well as for the enhancement of the local services network was launched. Finally, on 25 July 2016, an Inter-institutional Control Centre was established. The Center is chaired by the Italian Minister for Equal Opportunities and composed by the Minister of Health, Minister of Regional Affairs, Autonomies and Family Policies, as well as by the representatives of the competent Ministries (Interior, Justice, Education, University and Research, Foreign Affairs, Economic Development, Defense, Economy and Finance, Labour and Social Policies, Simplification and Public Administration), and of the Regions and local Authorities.