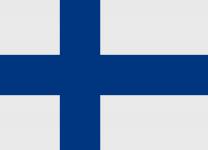 Below, you will find Finland's original Equal Futures Partnership commitments. Updated commitments are being developed.

One of Finland’s commitments is to promote gender equality in citizen participation and the integration of immigrants. A Democracy Report, submitted to Parliament in March 2014, describes efforts to enhance equal participation and is intended to initiate an action program for monitoring and enhancing the development of policies and programs to promote equal participation by men and women. In autumn 2014, the Parliament will issue guidelines for further government efforts in response to the report.

A second area of Finland’s commitments within the Equal Futures Partnership is promoting better inclusion of gender issues in economic policy-making. To this end, the government commissioned a study on the impact of tax policy on the economic equality of women and men, which will be finalized in fall 2014.

A third priority area is promoting gender equality and alleviating gender segregation in education and training. The government launched in 2014 a new effort around general education (primary, lower secondary level ages 7 to 16) to reduce the differentiation between girls and boys in learning, including by updating curriculum with a specific gender focus.

Lastly, Finland is committed to promoting gender equality and women’s leadership through its international cooperation and is keen to look for partnerships in this regard.