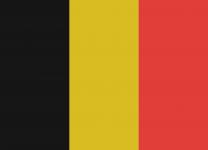 Belgium commits itself to further women’s participation in legislative bodies and politics. After the adoption in 2002 of several laws introducing parity on the electoral lists, Belgium has extended the alternation men/women (at this time limited to the first two places) to the entire federal electoral list.

Belgium has adopted in 2012 legal gender quotas (1/3 to 2/3) at management level of the federal public administration.

Strengthening policy, legal and regulatory frameworks to advance women's participation in the economy

Furthermore, Belgium commits itself to promote databases of competent women, support associations willing to promote access of women to directorship roles within Belgian enterprises  and to advocate initiatives focused on developing the awareness of affected enterprises. Proposal to add a legislative initiative: law of 20.07.1990.

Since 1990, all federal organizations whose main objective is to give advice to the federal government have to respect a 1/3 to 2/3 gender quota. Proposal to add a legislative initiative re: In 2014 and 2015, different legislative initiatives have introduced specific measures in order to stimulate women to work for the Federal Scientific Institutions, among which measures of positive discrimination.

Belgium commits itself to promote the employment of women and especially full-time women's employment. In this context, Belgium will support work-life balance through the protection of care leave and through work flexibility.

Belgium also commits itself to reduce wage disparity based on gender through the implementation of the law to fight against the wage gap between men and women of April 22, 2012.

Evaluation of policy on political participation and economic opportunities for women

The results of legal implementation and action plans concerning women’s political and economic participation will be assessed through the studies (which also include recommendations): “Women  at the top” and “Women and Men in Belgium. Statistics and Gender Indicators” periodically published by the Belgian Federal Institute for Equality of Women and Men.