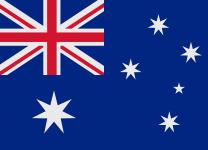 Improving women’s representation and leadership in male-dominated industries in order to advance women’s full participation in the workforce and economy:

As part of the National Innovation and Science Agenda, the Australian Government is investing $13 million over five years to encourage more women to choose and stay in Science, Technology, Engineering and Mathematics (STEM) research, related careers, start-ups and entrepreneurial firms. Measures include:

The Government is further supporting women who want to work in STEM by investing $31.2 million in internships and career advice. This includes funding 1,400 STEM internships for PhD researchers, and the development of a National Career Education Strategy.

The Government’s BoardLinks program features a database of talented women seeking appointment to Australian Government boards. The program is championed by high profile business leaders and is a key tool for increasing the number of women in leadership positions.

The most recent Gender Balance on Government Boards Report showed that as at 30 June 2015, women held 39.1 per cent of Government board positions and women comprised 38.4 per cent of new appointees over 2014-15, an improvement of more than two percentage points compared to 2013-14.

Addressing violence against women as a barrier to civil and economic participation:

Women’s safety is a priority for the Australian Government. Women and children in Australia have the right to feel safe and live without fear of violence.

In September 2015, the Turnbull Government announced the $100 million Women’s Safety Package. The Package is the first part of the Government’s longer term response to addressing violence against women. It focuses on practical immediate action to keep women and their children safe; improved training for frontline workers; trialling innovative and integrated service delivery in critical areas; and providing the best educational resources to parents, teachers and children to positively influence the attitudes of young people. The Package also includes specific measures to help Indigenous women and communities.

In December 2015, the Council of Australian Governments agreed to priority measures to reduce domestic and family violence, including:

In April 2016, the Government launched a national campaign funded by the Commonwealth, State and Territory Governments. The national campaign is a primary prevention initiative aimed at helping to generate long-term cultural change and break the cycle of violence. The campaign encourages adults to reflect on their attitudes about women, and to have conversations about respectful relationships and gender equality with young people.

The Commonwealth, State and Territory Governments are developing the Third Action Plan of the National Plan to Reduce Violence against Women and their Children 2010-2022. The Third Action Plan will be released later in 2016. It will advance activities and initiatives developed and implemented throughout the First and Second Action Plans. It will be informed by the growing body of research and data, recommendations from relevant inquiries and consultation processes, and evaluation of the Second Action Plan.

The Third Action Plan will support a range of measures, including: additional investment in legal assistance; preventative measures to save lives and to disrupt intergenerational cycles of violence, dysfunction and disadvantage; measures to address violence against Aboriginal and Torres Strait Islander women; additional investment in frontline services to ensure victims and their family members obtain the timely support they require; and measures to address the online distribution of intimate material without consent.